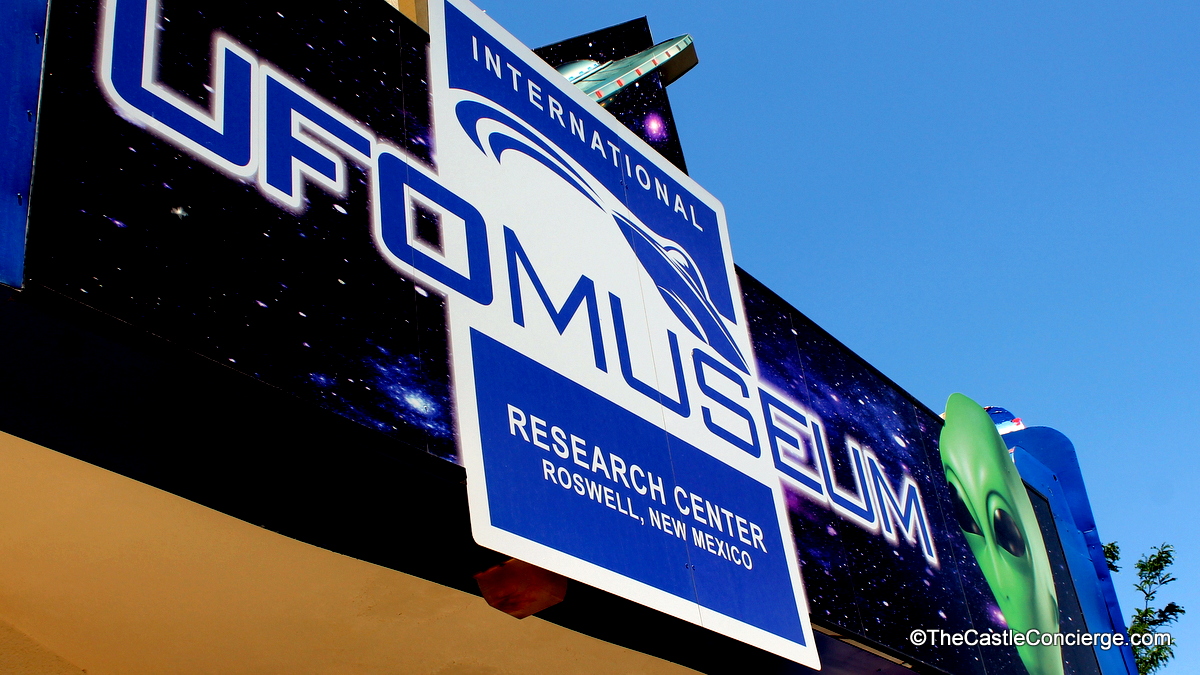 During the summer of 2016, our family took an extended road trip through the southwestern portion of the United States. An exciting journey that allowed us to check off several destination-related bucket list items, including a stop in Roswell, New Mexico.

Visiting and touring the area surrounding Roswell, New Mexico has been a bucket list item of mine for decades. The events that allegedly occurred at Roswell shortly after the end of the second World War have always intrigued me. As a sci-fi/fantasy fan, I also have a related interest in the history of the phenomenon of UFO sightings. Luckily, both my wife and my son share this interest. Our road trip was the perfect opportunity to make the pilgrimage. 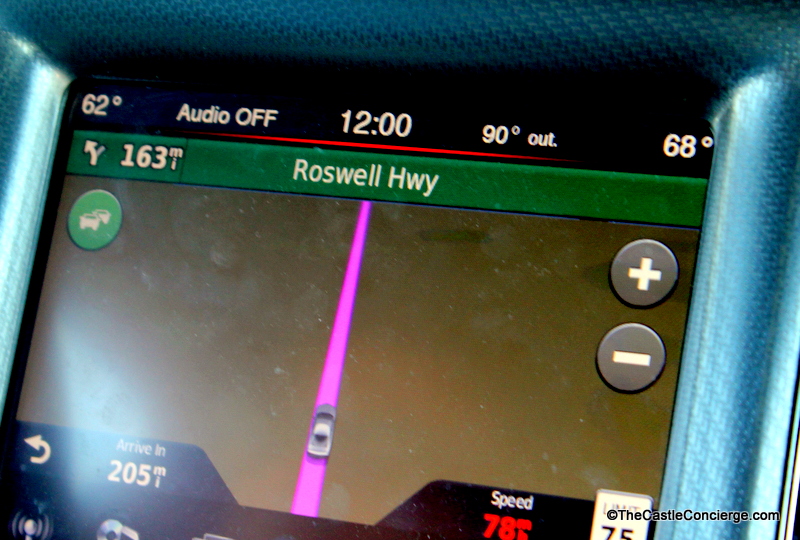 Part of the mystique of Roswell is due to its remote location. 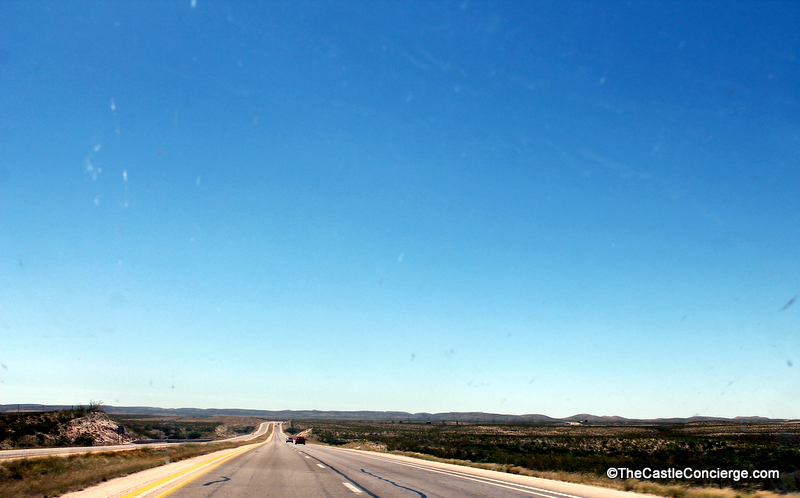 Regardless of your interest or level of skepticism related to such topics, it cannot be denied that Roswell, New Mexico holds a significant place mark in the history of post World War II America and has influenced aspects of our culture for decades. 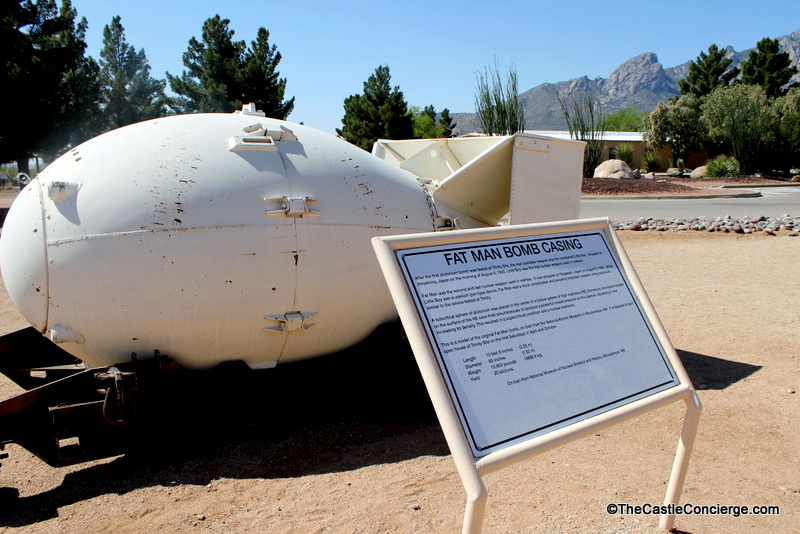 After 20 months of development, the world’s first atomic bomb was detonated 200 miles south of Los Alamos at Trinity Site on the Alamogordo bombing range on July 16, 1945. 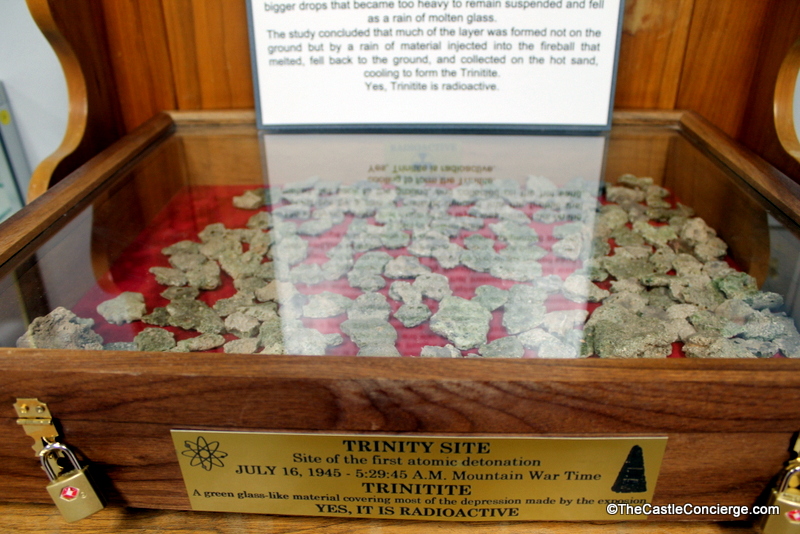 Visiting Roswell can include experiencing its quirkier side, such as the dozens of green alien figures of various sizes decorating businesses throughout the area. 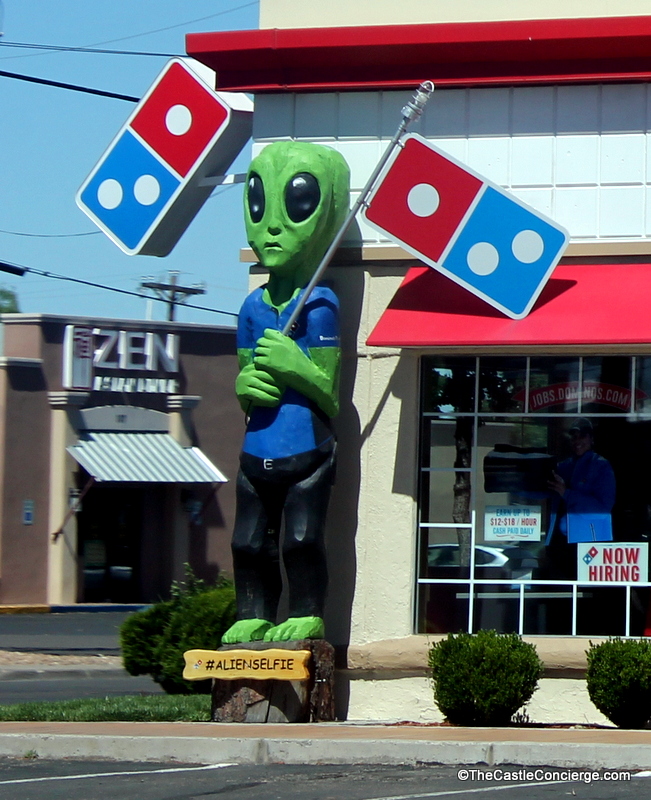 The International UFO Museum And Research Center is located in Roswell and is an informative place for those desiring to dive deeply into the specifics of the 1947 incident at Roswell as well as for those who are simply curious. 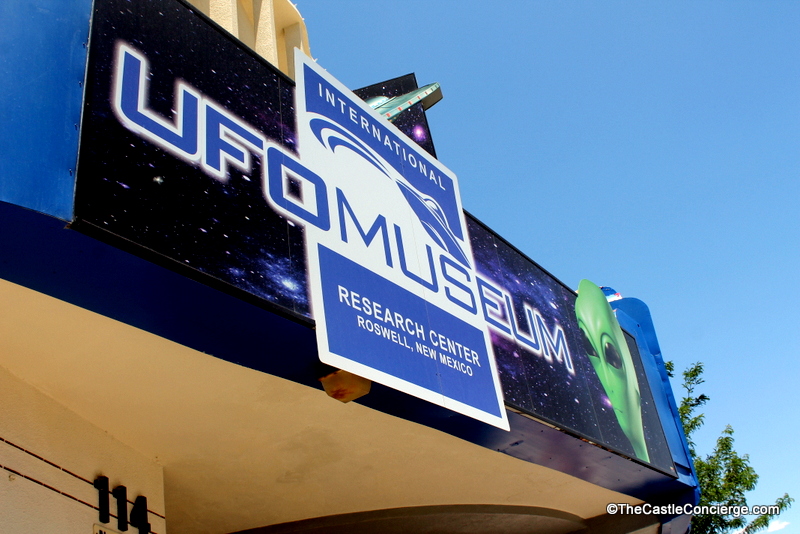 Additional UFO and alien theories, as well as the expected tourist trappings of T-shirts, books, and other paraphernalia, can be found at the museum. 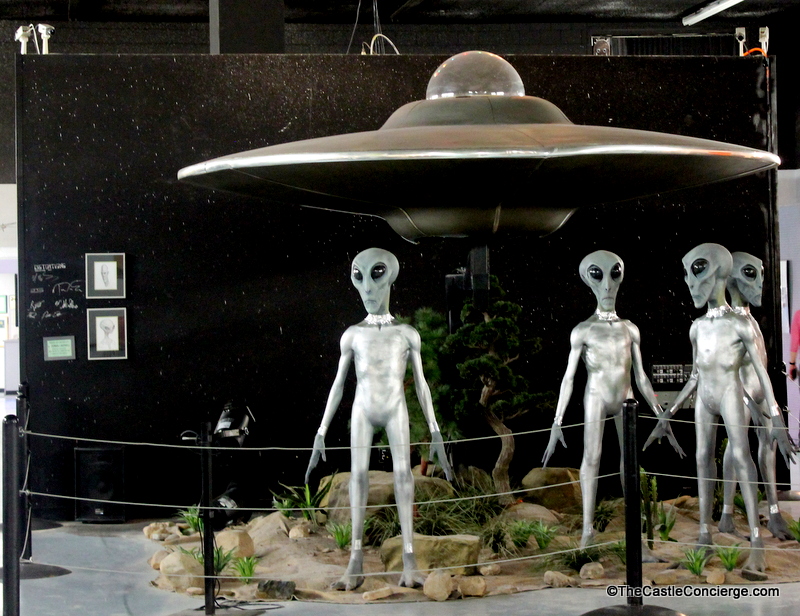 We spent about an hour or so pouring through some of the more detailed exhibits related to the supposed UFO crash. The museum is definitely worth visiting while in Roswell in order to get a more intimate view of the cultural impact the incident in 1947 has had on the town. 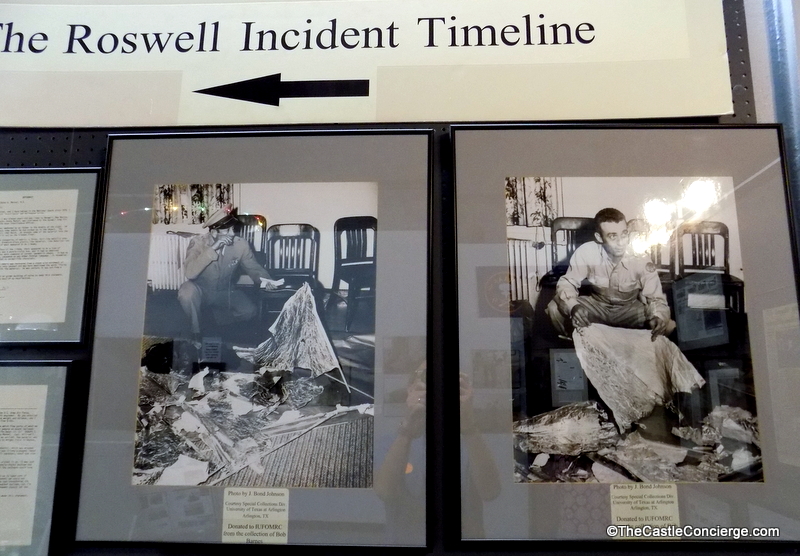 The primary purpose of a more serious visit to Roswell should include a plan to visit several of the actual locations integral to the Roswell incident. While you could surely work to do this on your own, we found it advantageous to have assistance in not only finding the locations, but in explaining the importance of each place within the context of the Roswell story.

Fortunately, there are several options for guided tours of the Roswell area. Researching months in advance of our visit, my wife came across solid reviews related to the tours provided by Dennis Balthaser. 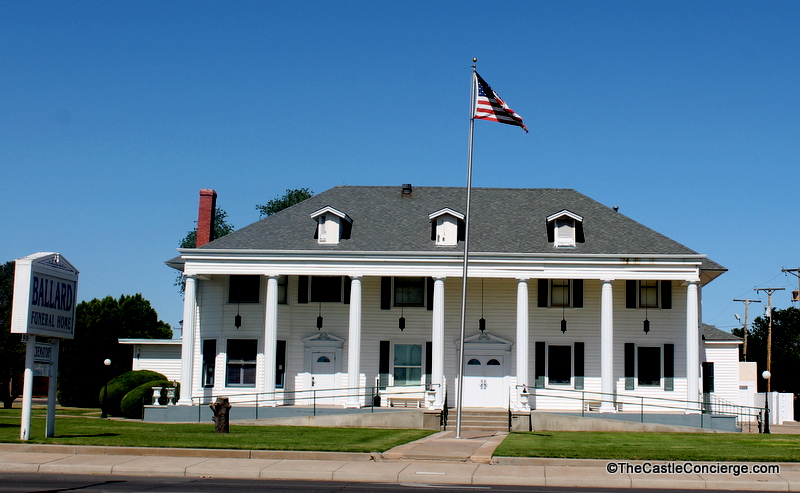 The experience we had with Dennis was fantastic. He picked us up at a designated time in our hotel lobby, and then spent the next several hours driving us around Roswell showing us the specific locations and detailing the events that transpired before, during, and after the incident at Roswell.

Dennis is widely considered to be an expert on the incident at Roswell and has developed a significant resume of research and presentation on the topic. 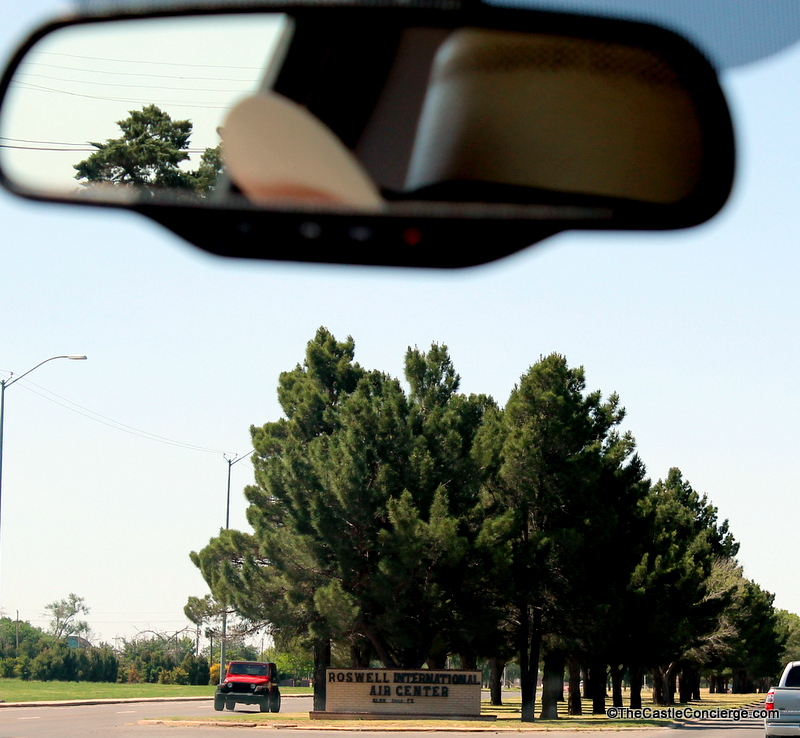 Most exciting, was driving onto the Roswell Industrial Air Park, known as the Roswell Army Airfield in 1947, to see Hangar 84 where “bodies and debris” were briefly stored before being shipped elsewhere. 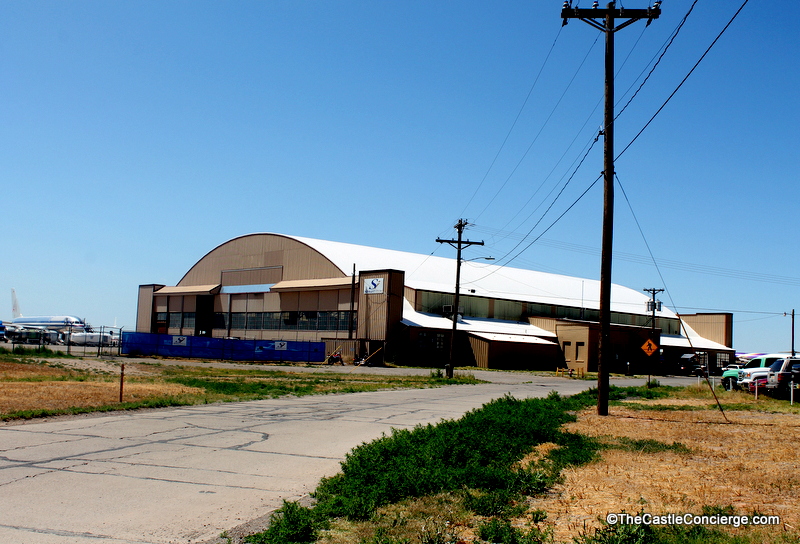 Dennis was extremely courteous and knowledgeable throughout the entire tour. His tour allowed us to gain a much better understanding and appreciation of the events. Not only was he able to provide us with fascinating information that was new to us, he demonstrated an interest in why we wanted to visit.

Clearly, Dennis has found his passion and was able to share that with us in an accessible manner. I would strongly recommend his tour for anyone interested in diving deeper into the incident at Roswell. We took the private tour for up to 4 people. With Dennis doing the driving and unfolding the story in chronological chunks, we were able to really absorb the scenery and mind-boggling information.

Our visit to Roswell was extremely satisfying. We were able to appreciate the importance of the event while gaining additional perspectives on what may or may not have happened.

This overnight stop on our 5,000 mile trip gave us lots to discuss and think about! 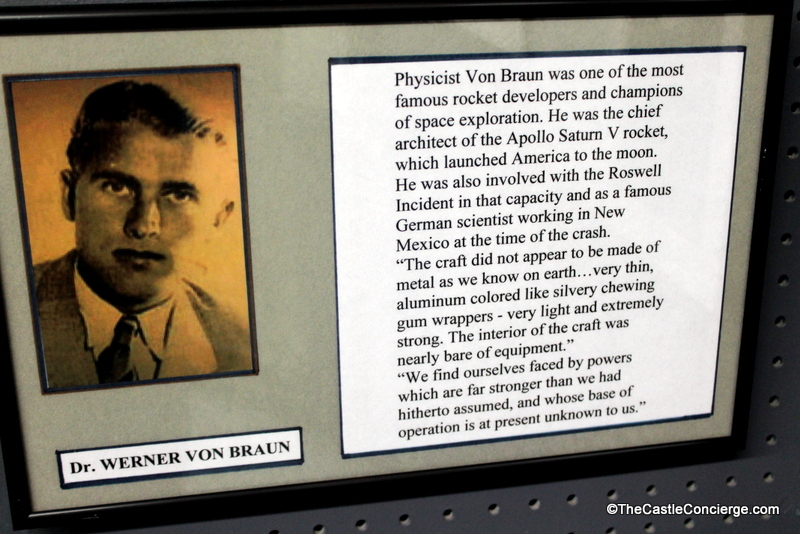 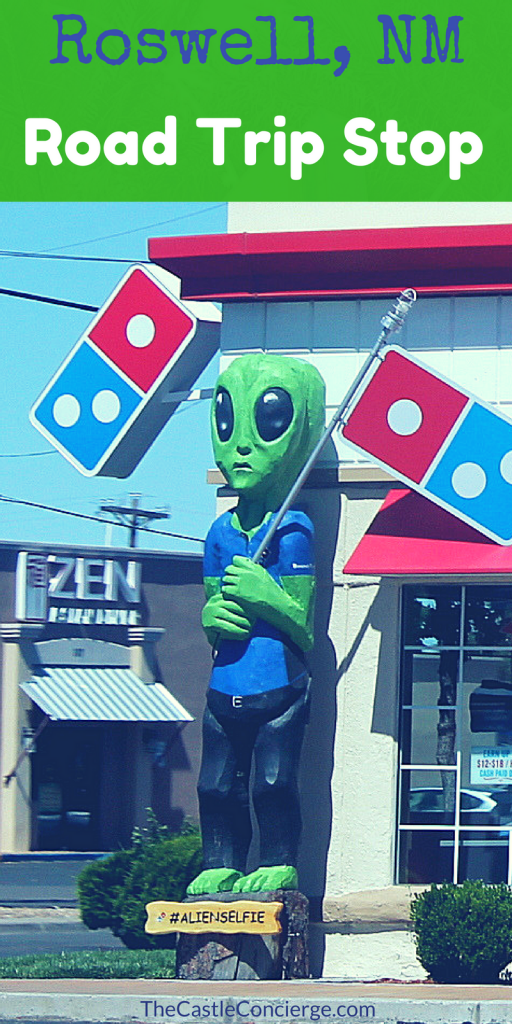 What U.S. destination is on your bucket list? Let us know in the comments!

French Toast. A great way to start our first full