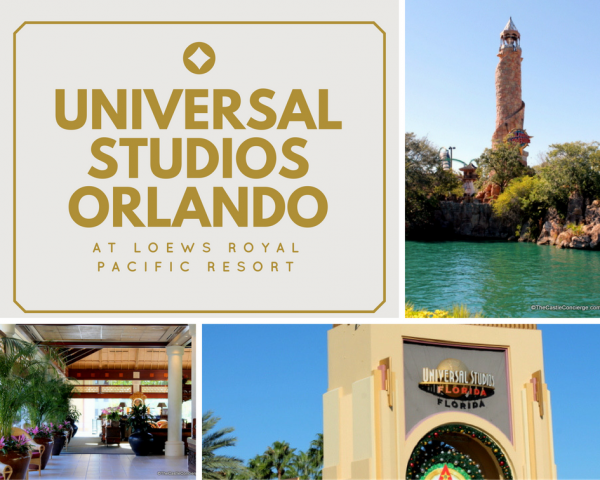 A few year ago, we visited the Hogsmeade area at Islands Of Adventure. At that time, we were impressed and delighted by the first phase of the Harry Potter themed lands. Family vacations to Europe, a Southwest USA road trip, and of course, Walt Disney World excursions had delayed a return to Universal. We were anxious to experience the second phase of the Harry Potter attractions. Guess what? The wait was worth it!

Outstanding and beyond my expectations pretty much sums up my impressions of not only Diagon Alley, but the overall experience of our second stay on Universal property. Since I was pleased with our prior stay at the Loews Royal Pacific resort, we chose to stay a second time for a variety of factors: the ability to have the Universal Express Pass included as part of our guest experience at the hotel, the extremely convenient location, and the charm we found there a few years ago. The Royal Pacific has recently undergone refurbishment, and based on some chatter in the Theme Park blogosphere, maybe to mixed reviews. For me, the renovation was more than adequate with clean and comfortable rooms. Certainly, the modern/contemporary decor can be construed as somewhat mismatched to the Pacific Island theme. Although not comparable to the theming at many Walt Disney World resorts, it’s still a nice room in a well-designed and pleasant resort. I would not only recommend the Loews Royal Pacific to others, I would certainly consider staying there again. Twice charmed at this point! The convenience of being able to obtain an Express Pass shortly after checking in might only be second to the incredibly pleasant walk along a beautifully landscaped waterway towards the Theme Parks. In about 10 minutes, the entrance to CityWalk interrupts the path, and then it’s only a short jaunt to Islands of Adventure or Universal Studios, with Islands of Adventure being first along the left-hand side.

The shopping and dining area called CityWalk is cool, but for me, pales in comparison to even the pre-Disney Springs (aka Downtown Disney) area at Walt Disney World. CityWalk is long on food and drink options, but significantly short on charm, with one new exception, the Toothsome Chocolate Emporium and Savory Feast Kitchen.

Up Next: steampunk theming and Diagon Alley rocks it

Share your thoughts on a Universal Studios Orlando stay!

Sailing from Miami on Freedom of the Seas.

Everything is pretty on Kauai.