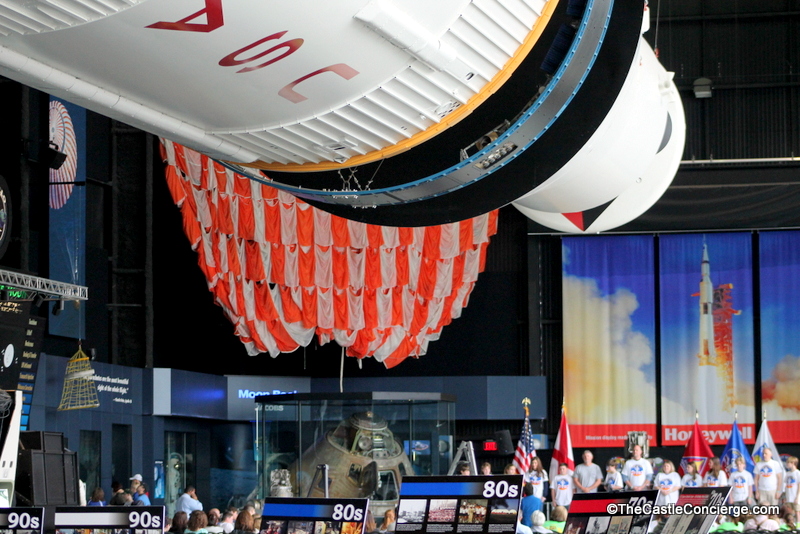 Ten Benefits to Sending Your Child to Space Camp in Huntsville, Alabama

Ten Benefits to Sending Your Child to Space Camp

At the U.S. Space & Rocket Center in Huntsville, Alabama, kids ages 9-18 can take part in Space Camp. If you are an adult yearning to go to Mars, opportunities for adults (and their families) are also available. 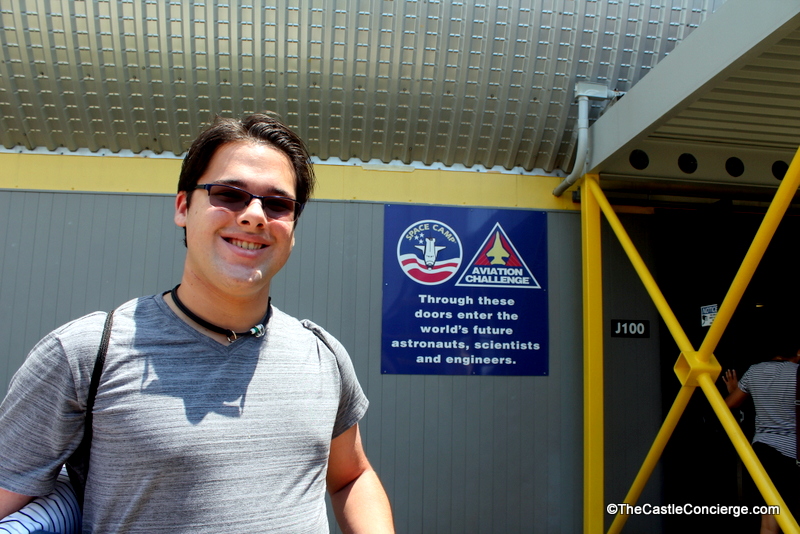 Our son had a long term interest in going to Space Academy. After a move to Nashville, TN, we were within an easy drive of “Rocket City” and thus, we soon found ourselves making the drive to One Tranquility Base. 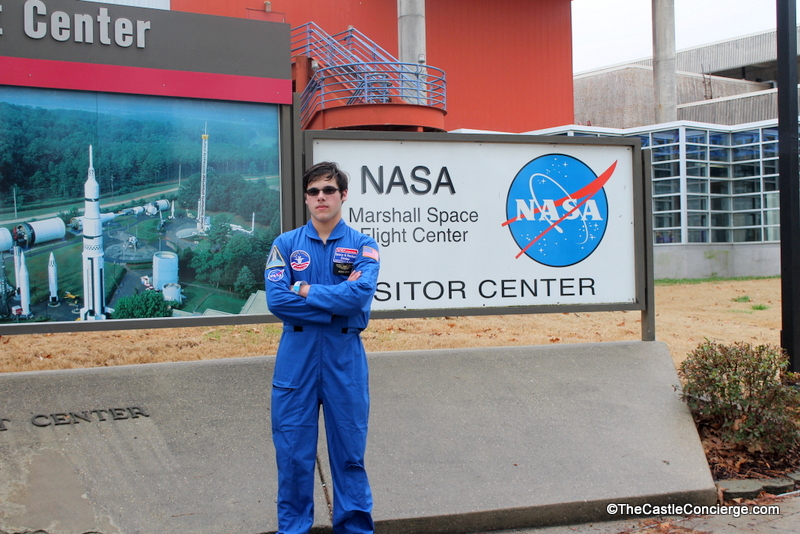 We sent our child to his first Camp (he is a Space Academy and Advanced Space Academy graduate) so that he could explore his passion for space exploration. There were so many other benefits that we had not anticipated. 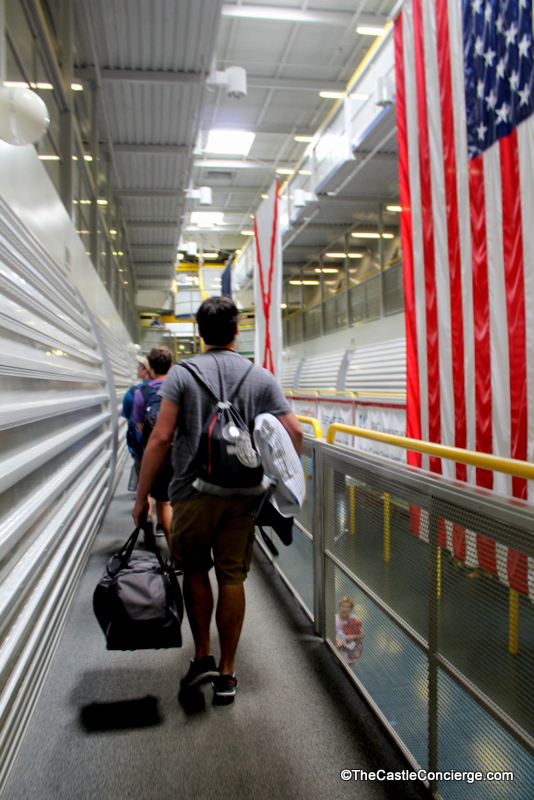 Take a look at these ten unexpected benefits and find out why you should send your child to Space Camp:

Making Friends with Kids from around the World

During Nic’s visit to Space Camp, he bunked and/or went to activities with kids from across the globe. Some of the kids he interacted with were from Dubai, Puerto Rico, and Hawaii. Since they have unique cultural backgrounds, keeping in touch via text and social media was a fun benefit. In fact, now a college student, Nic still keeps up with some of his space camp friends. 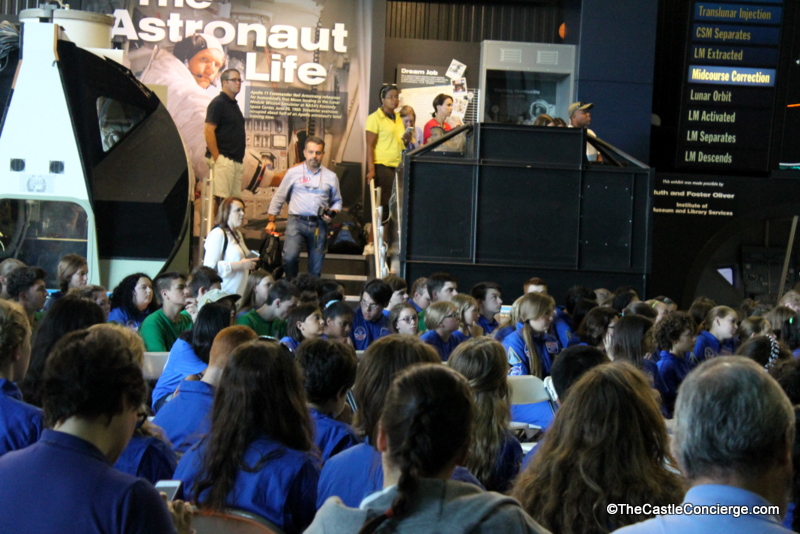 Meet students from around the world

Boasting attendees from all 50 states and more than 60 foreign countries, your child will certainly meet a diverse group of peers with like-minded dreams. This exciting aspect of Space Academy enriched his experience — both during and after camp.

Investment in your Child’s Future

If your child is dreaming about a future as an engineer, medical professional, scientist, etc., then Space Camp will provide an excellent opportunity for classroom instruction and hands-on training in an inspiring and unique setting. 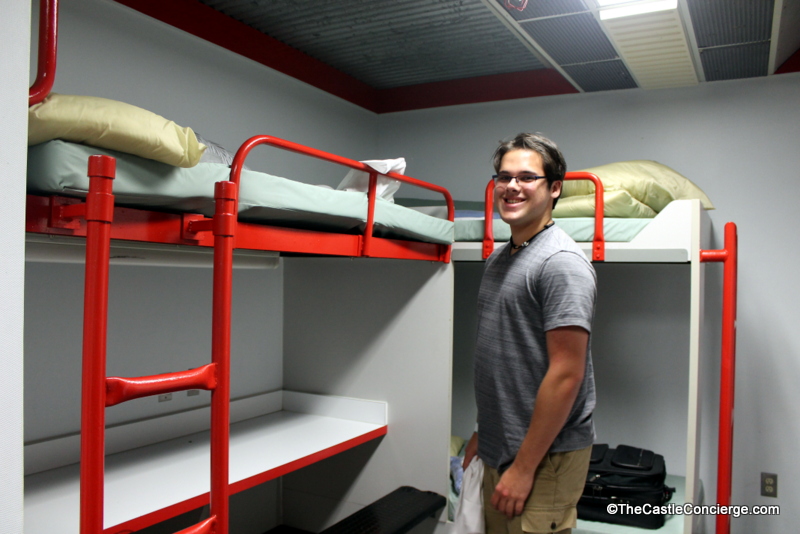 Habitat rooms are small but campers are exhausted by lights out.

Presentations by NASA professionals may help your child find their career path, especially within the STEM fields. 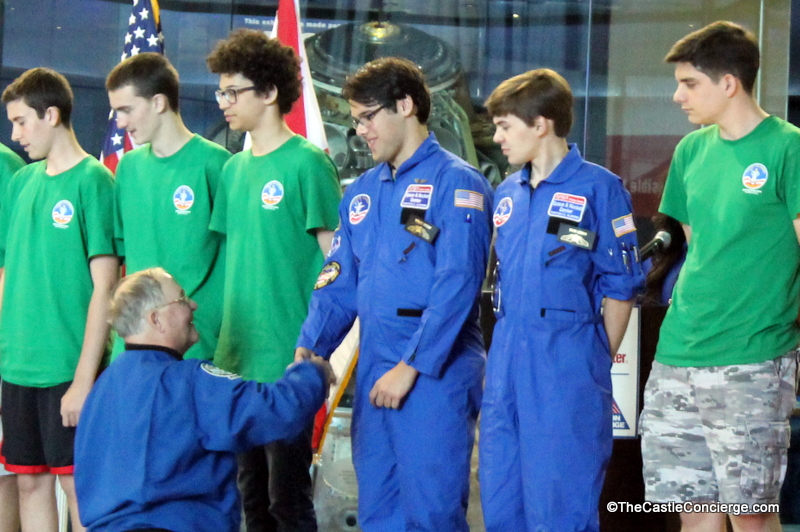 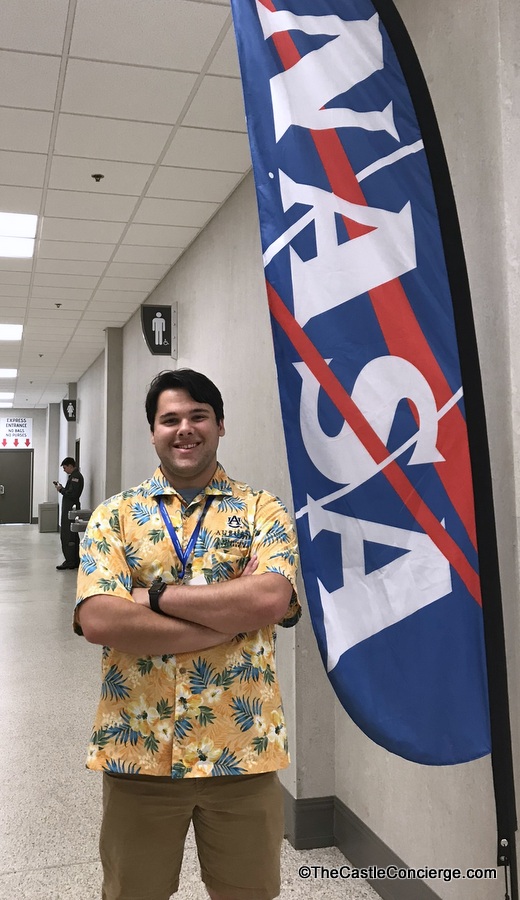 While at the U.S. Space and Rocket Center, students see the Space Camp Alumni Wall of Fame that includes NASA and European Space Agency astronauts, engineers, scientists, and technologists. Inspiration is around every corner. 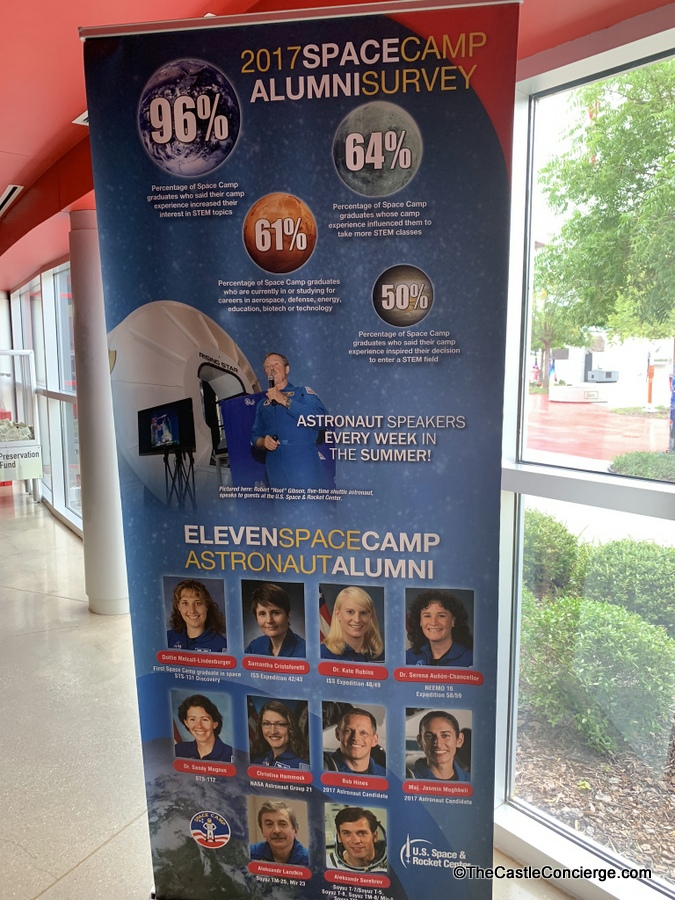 A successful day at Space Camp involves lots of teamwork. In order to complete a mission, trainees must work together and embrace individual strengths. 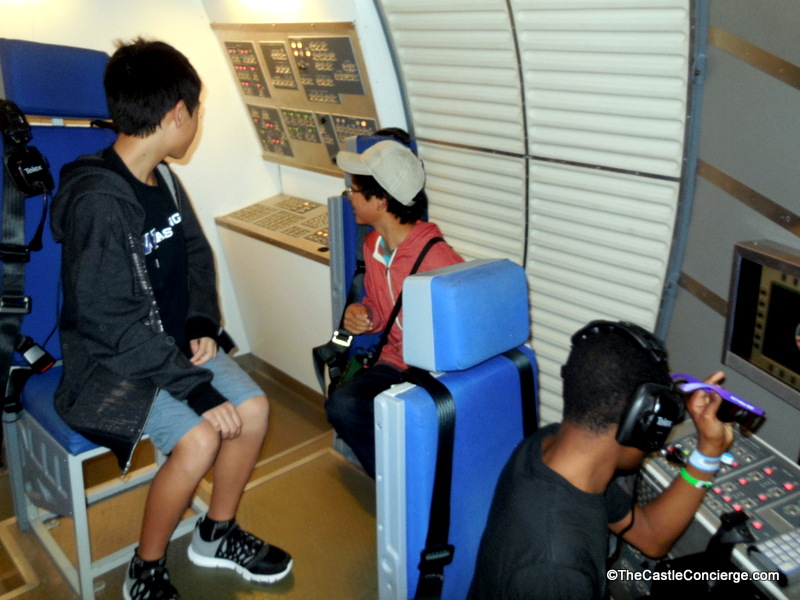 Previously, Nic had flown alone to see extended family, however this was his first overnight experience where he didn’t know any other adult or peer. The experience of sharing a room with peers, meeting instructors, going to Sick Bay for regular medicine, etc. was a tremendous chance for personal growth. 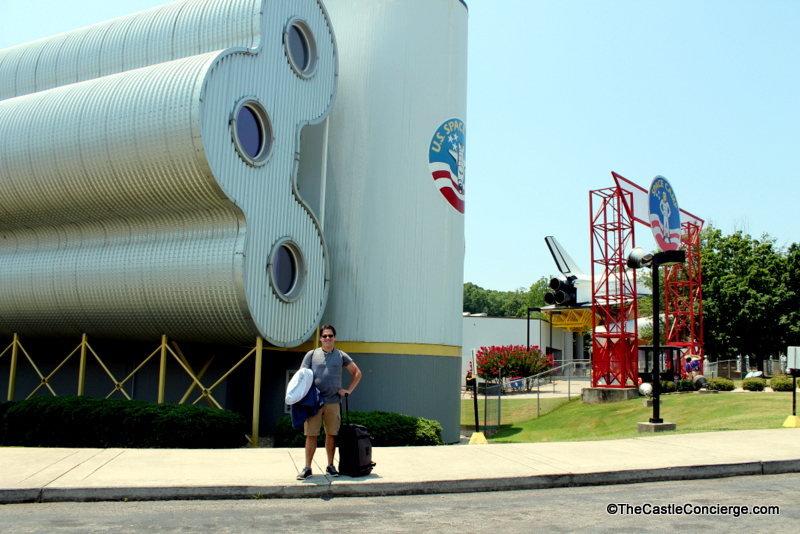 As parents of an only child, it also helped us to see Nic as a maturing individual. By putting himself in what was at first an uncomfortable situation, he was able to reach his goal of becoming a Space Academy graduate. In doing so, he had so much fun that I’m sure he would like to become a permanent resident! 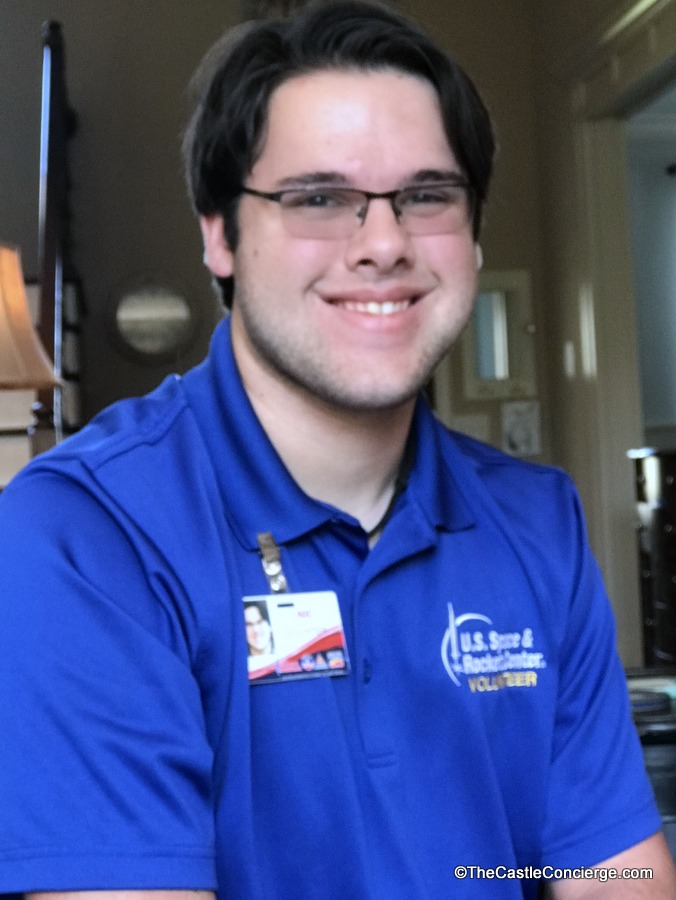 From Space Camp graduate to volunteer

In fact, Nic applied and interviewed for crew trainer/camp counselor position at Space Camp for summer 2020. While he was SO excited to receive a job offer, it understandably was rescinded due to the COVID-19 situation. HOWEVER… he interviewed again for summer 2021 and was hired. Nic worked as a Mission Control Complex Crew Trainer and Resident Advisor — living and working at Space Camp was one of Nic’s bucket list items. Space Camp continues to be a life changing experience for him. 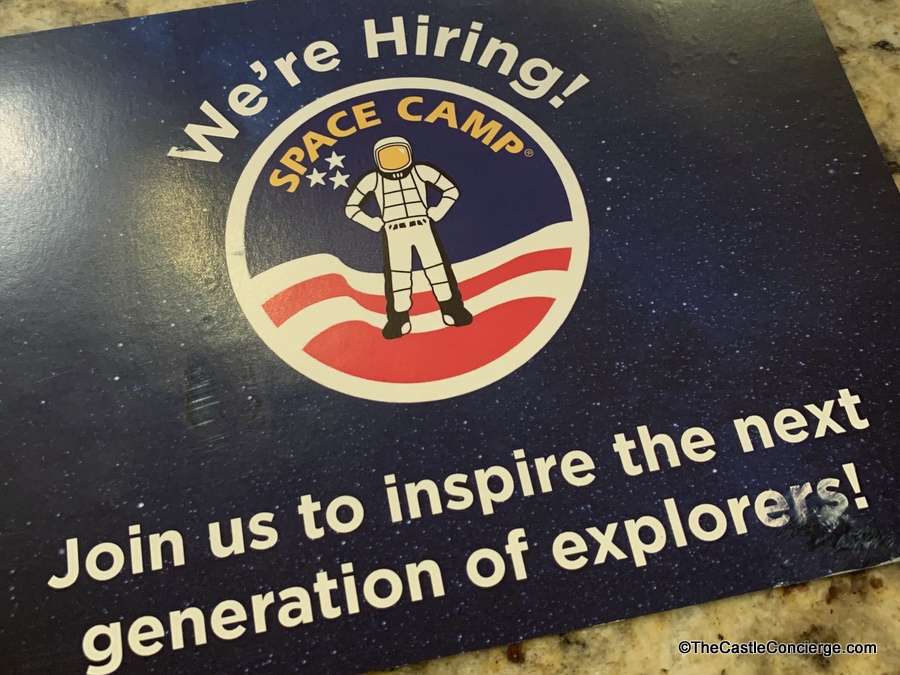 Nic returned from his first Space Camp extremely proud of his accomplishments. In one particular outdoor activity, he was chosen as the leader. During this team building exercise, the team needed to work together and communicate effectively in order to “survive”. Basically, if they fell off a board, they were doomed. 😉 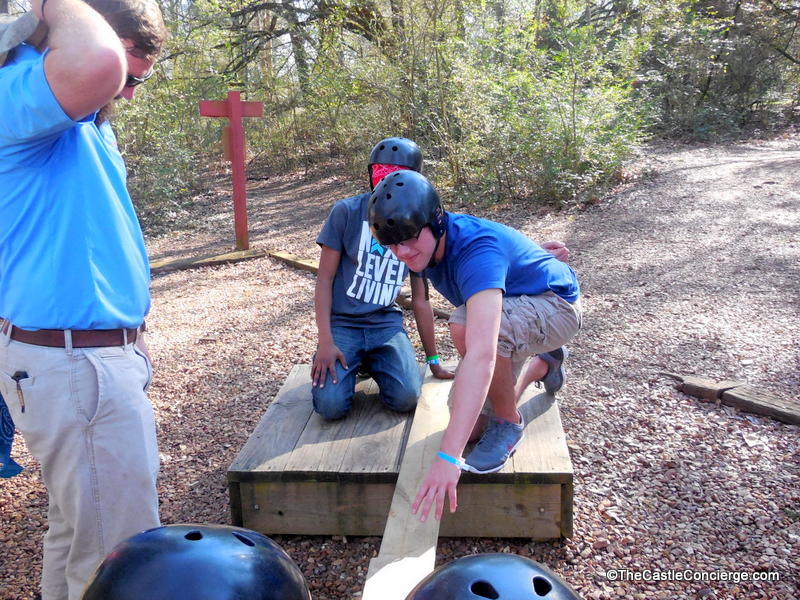 I believe this experience laid the foundation for Nic wanting to pursue more leadership opportunities. In Nic’s 11th grade year, he was co-section leader of the trumpets in his high school marching band. For his senior year, he was promoted to Brass Captain.

After two Space Camps, there is no doubt that the trainers picked to inspire the trainees are chosen carefully. Nic talks fondly of his trainers and as any excellent teacher, their inspiration has stayed with him. These adult role models boosted his self-confidence by cheering him on, placing him in a leadership role, chatting about their interests, and possibly, demonstrating that you can be a space nerd and still be “cool”. 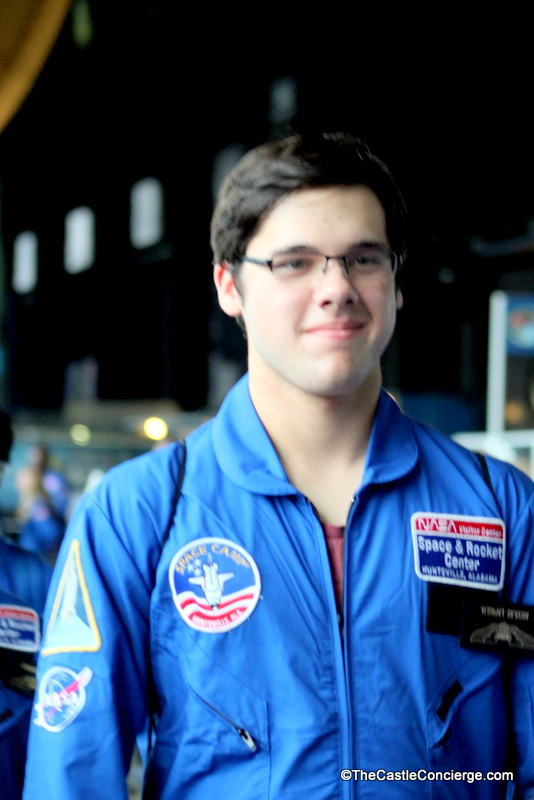 Problem solving is a task that was greatly encouraged at Space Camp. Around every turn, creative solutions were developed in order to succeed in mission control, rocket building, and other areas. 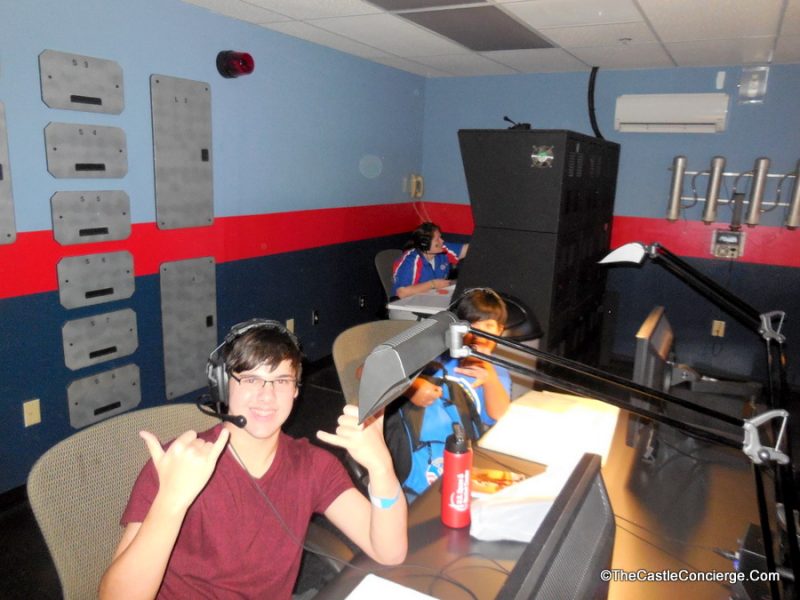 Problem solving is made fun at Space Camp

Nic has shown great determination in finding ways to solve a problem rather than wasting time on the frustration of its complexity. With the help of two Space Camps and his academic pursuits in high school and college, Nic greatly matured in his time management, study, and problem-solving skills. This was most apparent in his GPA, ACT scores, and difficult engineering classes. 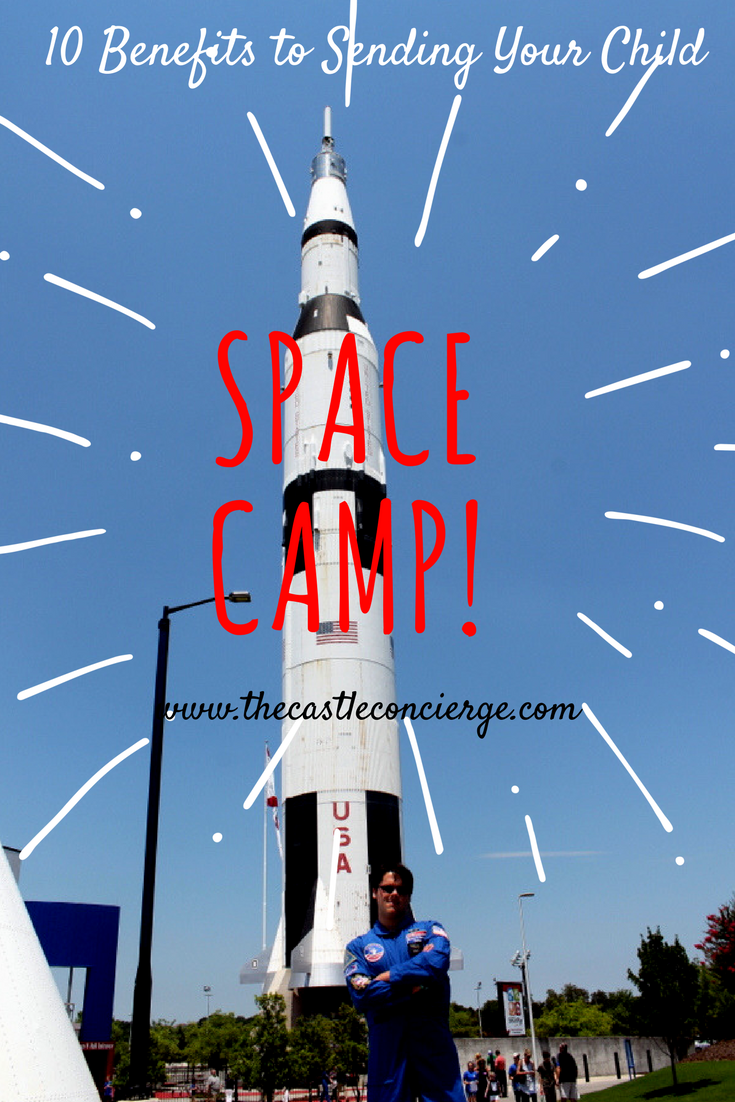 Space Camp brings students together who have similar passions. One of your child’s team members may be obsessed with rocketry; another may want to pilot airplanes. All of the trainees look to the sky with fascination. It’s an incredible setting that can bring together students that otherwise may not hang out with each other in high school. Football players mingling with marching band students? Yes, it can happen at Space Camp. Once there, individuals find value both as followers and as leaders while their previous high school labels are left at home. 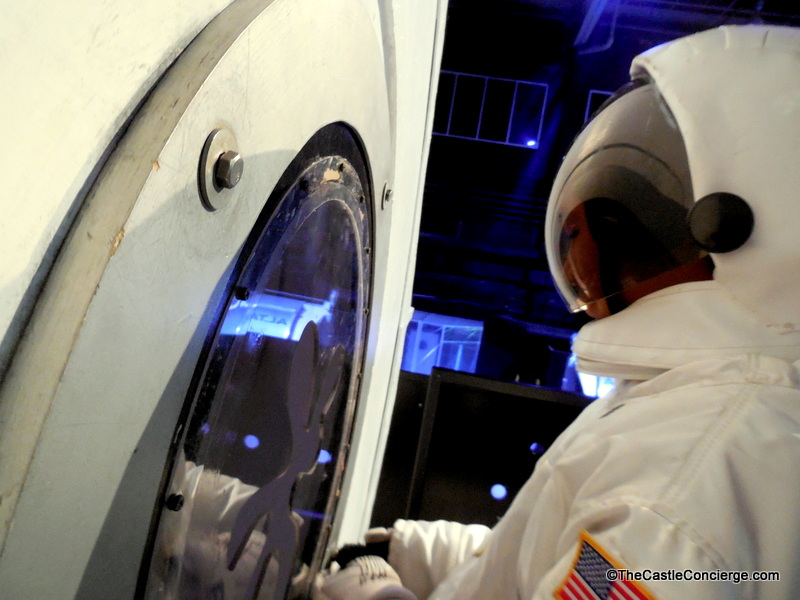 As a parent, you’ll appreciate that Space Camp is a true character building environment that embraces natural ability rather than popularity. Indeed, individuality is encouraged in order to find success at the given missions.

Daily exercise and fitness is promoted during a five-night stay at Space Camp. It’s never a bad thing to get a kid away from technology in order to discover the fun in the outdoors or indoor pool. At Space Camp, fitness is often paired with a team building activity. It’s a win-win lesson for all trainees. 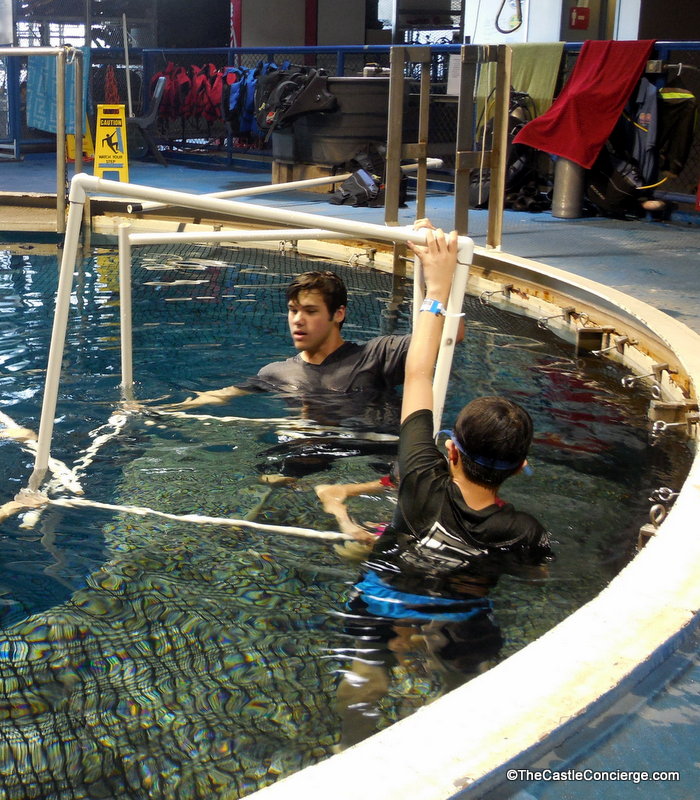 Knowledge is priceless; sometimes a high school student can’t grasp that concept while sitting through a boring math lesson. However, when a student sees the real world applications that have been utilized by rocket scientists, for example, algebraic equations become a bit more magical. State-of-the-art simulations of space missions inspire students to pursue more challenging math and science classes. 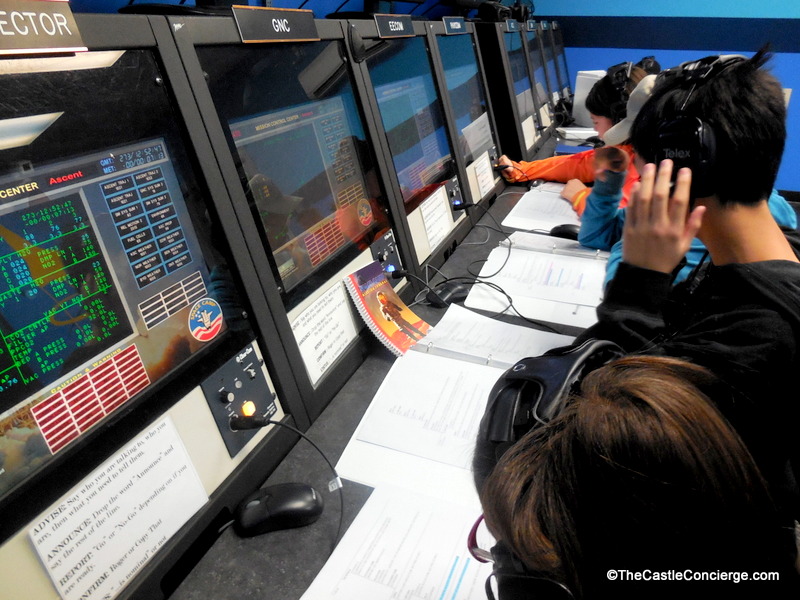 In high school, Nic took two AP Physics classes, Astronomy, and more. And in college, he has now taken classes such as Thermodynamics and Linear Differential Equations. 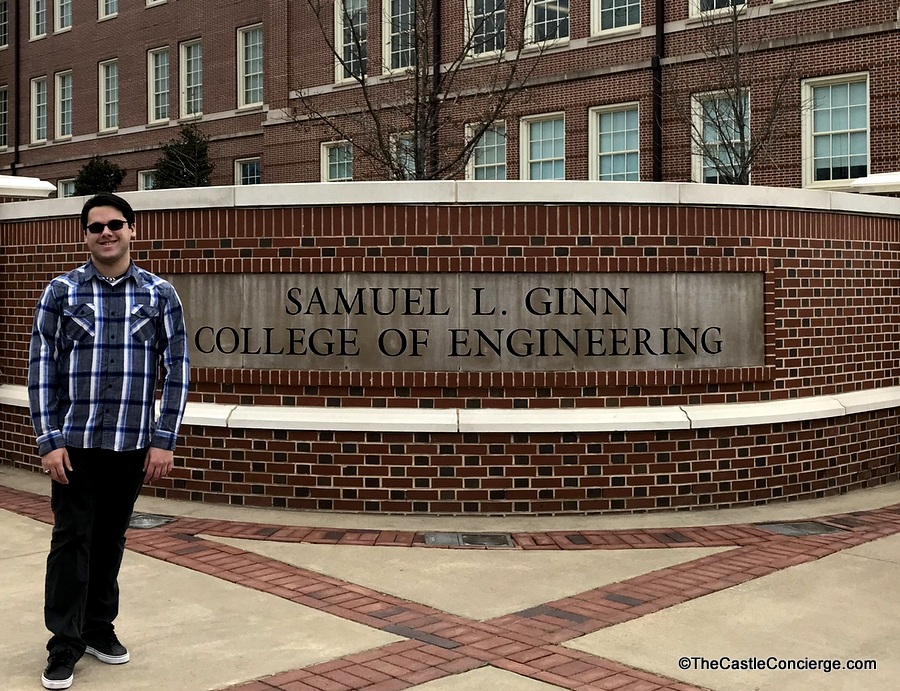 Rocket Scientist, Dr. Wernher von Braun, believed there should be a place to encourage students to experience the excitement of space exploration. With that mission in mind, the first Chief Executive Officer of the U.S. Space & Rocket Center, Edward O. Buckbee, founded Space Camp! 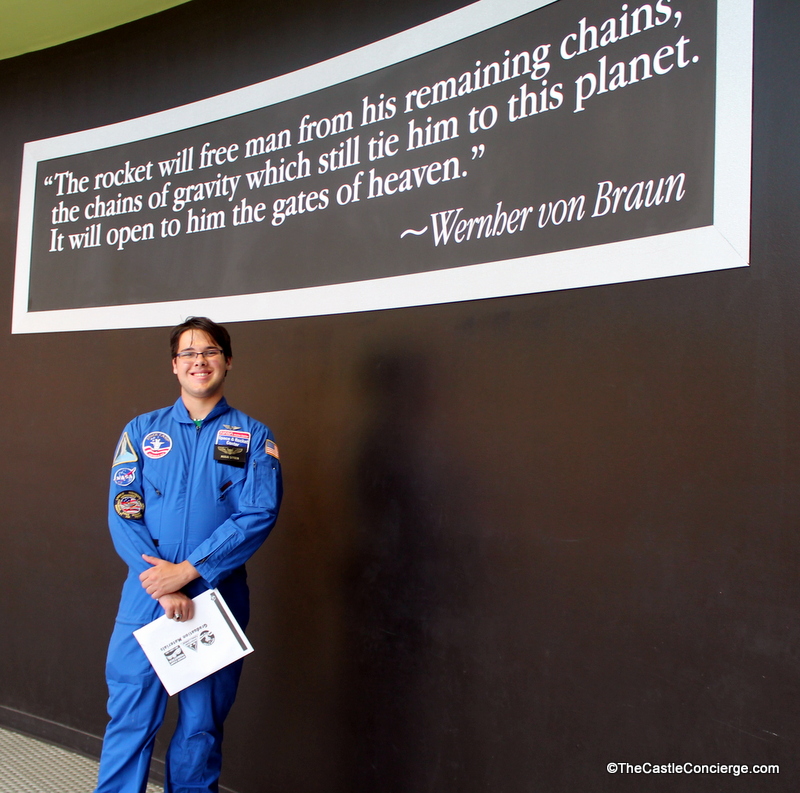 Does Space Camp interest your child (or yourself)? Let us know in the comments below!